Lesson: Morale on the Oregon Trail

We know that Manifest Destiny sounds wonderful, but once you are out there on the trail, you’ll find that traveling across the great plains wasn’t so easy. There were plenty of things to bring down the morale.  So how did the Pioneers stay cheerful amid pain and death? The main cause was they had hope; a hope for land in the beautiful country, a hope for a future, and a hope for a better life. Unfortunately, a better life came with a price. Plenty of pioneers became sick, many died, and others were faced with the undesirable challenge of boredom. But the pioneers eventually came up with ingenious ways to keep the morale up. They created games, sang music, and chatted endlessly about their new home just miles and miles away.

One of the games many a child on the Oregon Trail participated in was the old classic Frisbee. But they didn’t have your normal ole cheapo plastic Frisbee you can buy at the local Dollar-Tree. They had buffalo chips, which is simply dried buffalo dung! The kids realized after hours of collecting that throwing the Frisbee-like material was much more fun than collecting it just for the fire. Unfortunately, there wasn’t much wood in the middle of fields and plains, but there were plenty of buffalo and buffalo chips. Thus, the pioneers were forced to go eco-friendly and use the chips as a fire fuel. Interestingly, the fuel did not give off any foul smell when burned and it burned well too. Not only did they have free fuel for the fire, they found a game to play too! 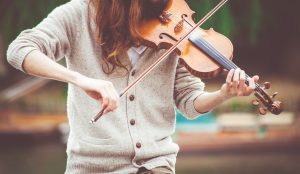 Music was another big morale booster. Not only did they sing around the campfire like the old paintings depict, they sang and talked during the day. Some songs they sang (which are still commonly sung today) are Yankee Doodle, Shenandoah, Pop Goes the Weasel, Home Sweet Home, Oh! Susana, and She’ll Be Comin Round the Mountain! These were all songs they sang round the campfire. But they didn’t just use their harmonic voices! Many pioneers couldn’t let go of their beloved instruments: the guitar, violin, and even the accordion. The banjo did not come into the picture as a common instrument until the mid-1800’s. Even then, the banjo was more commonly played by African Americans and bluegrass specialists. 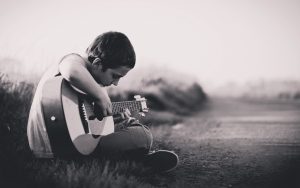 Many pioneers recounted some of the good ole tunes sung around the campfire. Amelia Hadley quotes in her diary, “We are a merry crowd. While I journalize, John of the company is playing the violin, which sounds delightful way out here. My accordion is also good as I carry it in the carriage and play as we travel.” 1851 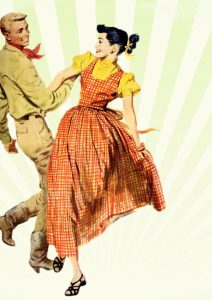 One other common thing the pioneers loved to do was dance! Once the old fiddle and guitar were brought out, it wouldn’t be long till the dancing began. Many songs the pioneers danced to are songs people still dance to today; such as Buffalo Girls, Home Sweet Home, Turkey in the Straw, and Irish Washerwoman. Some popular dances they did were the Virginia Reel, Polka, Waltz, Grapevine Twist, Spanish Dance, and the Birdie in the Cage.

But most important of all, the pioneer most often believed in God. Most of them had Bibles that belonged to their great grandparents who had immigrated to America. Belief in God and a better place kept them going. In fact, many pastors paved the way, such as Mr. Whitman and his wife, Narcissa Whitman. They both loved God very much and wished to help the Indians grow a strong relationship with the settlers. Old Gospel songs were often sung to keep both their morale and faith up. Many hoped that Oregon would become as Christ-like as it was heaven-like and dreamed of a free country with the freedom to worship.

Check out Part 2 Morale on the Oregon Trail for even more fun facts and historical information on how the pioneers kept from dying from boredom!