Arab Cooking on a Prairie Homestead: 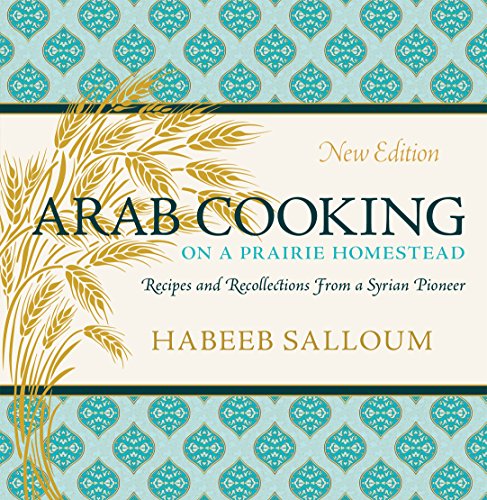 In the 1920s, Habeeb Salloum’s parents left behind the orchards and vineyards of French-occupied Syria to seek a new life on the windswept, drought-stricken Canadian prairies. With recollections that show the grit and improvisation of early Syrian pioneers, Arab Cooking on a Prairie Homestead demonstrates Salloum’s love of traditional Arab cuisine. By growing “exotic” crops brought from their country of origin–such as lentils, chickpeas, and bulgur–the Salloums survived the Dust Bowl conditions of the 1930s, and helped change the landscape of Canadian farming.

Over 200 recipes–from dumplings and lentil pies to zucchini mint soup–in this updated classic will provide today’s foodies and urban farmers with dishes that are not only delicious, but also climate-friendly and gentle on your wallet!

We are Amazon affiliates and from time to time we will include recommended resources like this one. We hope you'll give it a try.

Fame and acclaim have left this lovely lady little changed. She continues to write her monthly "Ozarks Cookery" column [...]

Used CookbookWe are Amazon affiliates and from time to time we will include recommended resources like this one. We [...]

Share a sense of adventure, as we travel through the historic moments that helped shape this great nation from [...]

We are Amazon affiliates and from time to time we will include recommended resources like this one. We hope [...]

Native Recipes: Gifts from the Grand

This collection of traditional recipes and herbal remedies with some traditional stories for children is dedicated to all the [...]