By: Narrated by Benjamin Bailey

Most people only know that Narcissa Whitman was the first of two women to travel the Oregon Trail and establish a mission in the state of Washington. Her and her husband did what they could to reach the Indians, but unfortunately the Native tribe was decreased in numbers dramatically by the measles. This led to the Whitman Massacre, resulting in the government taking more precautions against Indian attacks on the unknowing pioneers.

But in our lesson series you will learn what caused Narcissa to make the huge leap towards Oregon as an effort to convert the Indians to Christianity. We’ll discuss important points in her life, covering actual content from her original letters often sent to her family still living in New York. And finally, we’ll go over the mystery of the Whitman Massacre and learn why the Indians decided to murder the peaceful missionaries.

Prepare for an amazing journey alongside one of America’s most inspiring women, Narcissa Whitman, as she travels across the great unknown to help the Indians and pioneers heading towards a new future! 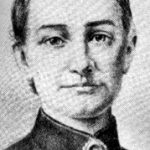 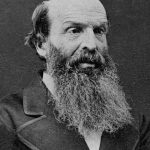