I’ve seen her in her youthful years;
Her heart was light and free,
Her black eyes never dimm’d with tears,
So happy then was she.

“When warriors from the fight returned.
And halted for display,
The trophies that the victors won
She was first to bring away.

I’ve seen her kiss her brother’s cheek
When he was called to go
The lurking enemy to seek.
Or chase the buffalo.

She loved him with a sister’s love:
He was the only son;
And ” Pine Leaf ” prized him far above
The warriors’ hearts she’d won.

I’ve seen her in her mourning hours —
That brother had been slain:
Her head, that oft was decked with flowers,
Now shed its crimson rain;
Her bleeding head and bleeding hand —

Her crimson, clotted hair —
Her brother’s in the spirit land.
And hence her keen despair.

I’ve heard her make a solemn vow —
” A warrior I will be
Until a hundred foes shall bow.
And yield their scalps to me

I will revenge my brother’s death —
I swear it on my life,
Or never, while I draw a breath.
Will I become a wife.”

I’ve seen her on her foaming steed.
With battle-axe in hand.
Pursuing at her utmost speed
The Black Foot and Shi-an.

I’ve seen her wield her polished lance
A hundred times and more,
When charging fierce in the advance
Amid the battle’s roar.

I’ve seen her with her scalping-knife
Spring on the fallen foe,
And, ere he was yet void of life,
Make sure to count her coo.

I’ve seen her, at full speed again,
Oft draw her trusty bow.
Across her arrow take good aim.
And lay a warrior low.

I’ve heard her say, ” I’ll take my shield.
My battle-axe, and bow,
And follow you, through glen or field,
Where’er you dare to go;

I’ll rush amid the blood and strife
Where any warrior leads: ”
Pine Leaf would choose to lose her life
Amid such daring deeds.

I’ve heard her say, ” The spirit land
Is where my thoughts incline,
Where I can grasp my brother’s hand,
Extended now for mine.

There’s nothing now in this wide world —
No ties that bid me stay ;
But, a broken-hearted Indian girl,
I weep both night and day.

* ‘ He tells me in my midnight dreams
I must revenge his fall,
Then come where flowers and cooling streams
Surround their spirits, all.

He tells me that the hunting-ground,
So far away on high,
Is filled with warriors all around
Who nobly here did die.

** He says that all is joy and mirth
Where the Great Spirit lives.
And joy that’s never known on earth
He constantly receives.

No brother to revenge his wrongs —
The war-path is my road:
A few more days I’ll sing his songs,
Then hie to his abode.”

I’ve heard her say, ” I’ll be your bride;
You’ve waited long, I know;
A hundred foes by me have died,
By my own hand laid low.

‘Tis for my nation’s good I wed;
For I would still be free
Until I slumber with the dead;
But I will marry thee.”

And when I left the heroine,
A tear stood in her eye
As last I held her hand in mine.
And whispered a good-bye.

” Oh, will you soon return again ? ”
The heroine did say ;
” Yes, when the green grass decks the plain,”
I said, and came away.

440 AUTOBIOGRAPHY OF JAMES P. BECKWOUBTH. Publication date 1902
The life and adventures of James P. Beckwourth, mountaineer, scout, pioneer, and chief of the Crow nation of Indians ..” 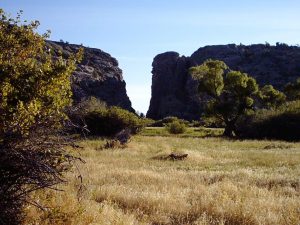