Rant – I don’t “buy” it! Organics ARE substantially better than modified produce!

Re: new article online that says organics are NOT exactly healthier than modified produce.
I saw that article headline and couldn’t believe it myself, lol. But I still don’t buy it. I believe anything that is modified will have some kind of consequence or difference from the original. As far as how much and of what I don’t know, but when you know the original is better than a fake or modified version you got to wonder why..
They put Splenda on the market and said everything was fine with it. If I remember correctly they didn’t even study it for a full year before putting it on the market. Years later people starting writing about some of their complications they were having, many of which were joint problems. My husband was having a bunch of joint problems as well and couldn’t figure out why, then he looked at his intake and studied Splenda and found that was the culprit for his ailments. He still buys it sometimes, but I give him a hard time about it. 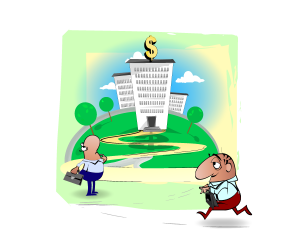 I am sold on the fact that there are consequences on modifying what is natural (organic) for the sake of $ (which no doubt that’s why they use all the hormone growths and pesticides). Not that I’m freakishly paranoid… not at all, lol. But the acknowledgement is there, and the desire to live as natural and organic as possible is there as well. There are far too many reports and testimonials that support the belief that organics are so much more healthier for a person. But honestly even above the reports, it just makes sense, simple as that, lol.
Honestly with how corrupt society is, the food and drug administration, government control and the such, I cannot help but wonder if that report and study was “set-up”. I can’t imagine how much $$ businesses they have lost lately on account of the green organic fad. They had to retaliate somehow and get as much business back as possible. Lol. Wish I could say I had more faith in humankind and think money is not the motivating factor for those kind of reports but after learning about Monsanto, GMO and then just looking at nature and it’s beauty, the only thing that truly adds up is that natural is just plain better.
I’ve always thought it crazy when I see those ads that talk about losing weight and the 5 foods never to eat… and there’s a picture of a banana… it irks me to no ends. Bananas and avocados among many others have been tossed back and forth on those study tables and they can never make up their minds about them. I am convinced if they are natural they are good and I want their benefits (vitamins and minerals) to help me stay healthy.
I loved that video (backtoedenfilm) I shared with you especially the part where Paul said “We work so hard to fail”. That has pierced my contentious. I don’t want that to be me. So I’m going to take hold of what I do know and try to continue to learn and do even more to better our lives. I loved how simple he made living life well to be. So if I can, I aim to “work less to succeed”! Hah! Of course meaning I plan to live as natural as possible. His garden was amazing was it not?!

Activity – The Beauty of Different Perspectives

I was recently putting together a movie poster for some friends and clients and I think I may have [...]

Candlelight Trials By candle light I take my steps By faith I move about. In search of our handmade tent We folded inside [...]

Rabbit’s and Their Habits

In this world, there are many creatures, all with their own characteristics. Some more like others, while particular ones [...]

Are chickens permitted in OKC city limits? Yes and No

Thought I'd share.. I had thought we were allowed to have chickens in the city now... but I guess it [...]

Home schooling – Having our daughter write short reports on homesteading

It's great to get your children involved in learning more about the world around them.  For home school consider [...]

The US Constitution – 2nd Amendment

The US Constitution – 2nd Amendment (Article 2) Article. II. Section. 1. The executive Power shall be vested in a President of [...]

The US Constitution – 3rd Amendment

Article III. Section. 1. The judicial Power of the United States shall be vested in one supreme Court, and in such [...]

The US Constitution – 4th Amendment

Article. IV. Section. 1. Full Faith and Credit shall be given in each State to the public Acts, Records, and judicial [...]