Is It CHEAPER to make our own bread vs store bought bread?

White bread is nutritionally worthless. The lecithin and omega fatty acids have been removed so it will have a longer shelf life.

I purchased two loafs of iron kids enriched white bread a few years back the first month of school free with a coupon. I opened one and left one closed and placed both of them on a shelf in the back of my classroom. In 9 months later we checked the loafs. The one that had been open all the whole time was dried out for the first few slices then appeared to be just like the day it was baked toward the back of the loaf, the unopened loaf was as if I had just bought it. 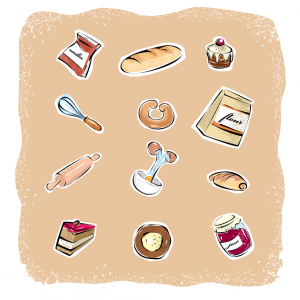 Our whole grain bread will begin to mold in 3 to 6 days depending on humidity. (it never lasts that long at our house unless we forget about it and make a new loaf) The lecithin and omega fatty acids are necessary for mold growth, so they are taken out of our commercial bread flower. They are also taken out of almost all commercial bread flour and white flour.

If you want good healthy bread with the lecithin and omega fatty acids still in it, it needs to be made from fresh ground grain. After it is ground you should store it in the freezer and use it up in a week or two or it will start to lose it’s nutritional value.
Making your own bread from white bleached flour that you buy at the store is almost as bad as the iron kids bread from my classroom as far as being healthy. Aluminum in the baking powder is also a health disaster waiting to happen.

The original question was about cost, so let me deal with that before I quit typing. If we have to buy all of the ingredients we can make a loaf of whole wheat bread for a little less than a dollar. If the chickens are laying and the goats are in milk the cost is between 60 and 75 cents per loaf.

The loaf of bread at wal-mart is no longer food, it doesn’t matter what it costs since it doesn’t have the lecithin and omega fatty acids in it I don’t recommend anyone eat it.
There is my two cents (adjusted for inflation) on bread.
Darren

Activity Alert!
Darren had a great idea! Why not get a couple loaves of bread from the store, open one and leave the other closed and find out how long it takes the bread to ruin and get your kids involved so they too understand what’s going on and WHY it’s actually important to see bread ruin. Darren made some great points. I have heard of other people doing that to McDonald’s food and it looking the same even YEARS later. What a GREAT object lesson Darren! Thanks for sharing!
Crystal

[ad_1] Blank Cookbook: Recipe Journal Grab an apron and a pencil and starting jotting down your best recipes in this stylish [...]

Lincoln’s Table: Victorian Recipes from Kentucky, Indiana, and Illinois to the White House

Lincoln’s Table: Victorian Recipes from Kentucky, Indiana and Illinois to the White House is a collection of recipes, each [...]