Please use the tabs to the left to navigate through the lesson pack.  Start from the top tab and work your way down.  We’ve provided optional vocabulary words and writing prompts that are related to the lesson.  We strongly recommend keeping a daily journal with notes about the day, personal aspirations and new things learned.  Complete the lesson pack at your own pace and strive to learn something new each day!

Please Note: We will be providing interactive lessons and quizzes in the near future.  Be sure to sign-up for our newsletter so you will know when the new lessons are available.

Write your answers on a piece of paper.  When you’ve completed the quiz check the answers at the bottom of the page under the Answers tab.

1. Why did the Puritans migrate?

2. By what name is the puritan migration referred to as?

3. What were the Puritans against?

4. Why did the Puritans choose America to migrate to?

5: What did King James do when the Puritans wrote him?

1. You are on a great adventure indeed! The Great Migration has just begun and you are on one of the ships sailing for the America’s. Write what happens while you’re on board.

2. One day, just as you were about the feed the llamas, some rich-looking people come by and interrupt your daily chores. They show you a family tree and explain that you are the last descendant to the late royal Lord who settled in America during the 1600’s.

3. You own one of the richest plantations in Massachusette’s Bay Colony. The townsfolk all love you as you are a kind person and have given you an honorable nickname, which people came to know you by hundreds of years later. What is that nickname and why did they give it to you?

4. The American Revolution is taking place, and you are a Revolutionary Spy on your way to deliver a message to John Hancock. It is wet, snowing, and you have no shoes! Just when things couldn’t get any worse, the British capture you and suspect you are a spy. Plan your escape!

5. The date is 1774, and the day is hot and humid. Everything is going normally until a peculiar-looking fellow comes along and claims he is your great-great-great-great-grandson from the future! He is here to help you escape, but he never tells you from what.

When Narcissa and her husband, Marcus Whitman, left for the great state of Washington, they had no idea the adventures that awaited them. But their story didn’t start the day they set foot on the Oregon Trail; no, it began years before either of them were born.

The Prentiss family heritage dates to early 1600’s when Narcissa’s great-great-great-great-grandfather was born in England. His name was Henry Prentice, also known as Henry the “Planter”. There is speculation to whether his first wife’s name was Elizabeth Fosdick or Elizabeth White due to his grave-marker only mentioning her first name. The date of their marriage is also unknown. What is known, Elizabeth died on May 13, 1643. 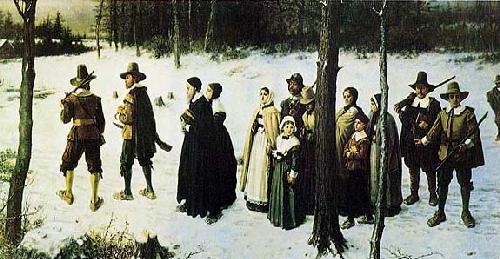 It is assumed Henry traveled to America during the Great Migration which occurred around the 1640’s. There he met Joanne Savage, whom he married in 1644. They had six children. Only four years later, after his youngest son was born, Henry Prentice took his last breath, dying in Massachusetts on June 9, 1654. One of his daughters, Mary Prentice, married Nathaniel Hancock in 1664. Their great-great-grandson John Hancock became famous for signing the Declaration of Independence.

One of Henry’s sons with Joanne, Solomon Prentice (born in September 23, 1646), married the young maiden Elizabeth around 1672. They had two children together. Unfortunately, Elizabeth died some time before 1678. Solomon then married Hepzibah Dunn (Dunton) and had six more children. However, it was Elizabeth’s first son who became the great-great-grandfather of Narcissa. 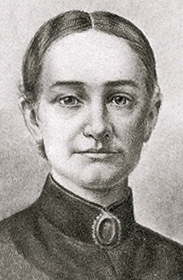 Nearly three generations later, around 1777, Narcissa’s father, Stephen Prentice, finally entered the picture. He was born into an all-American and king-free country. Although his given name was Stephen Prentice, somewhere along the line he spelled his name Prentiss. Today, he is most commonly known as Judge Stephen Prentiss. He learned the arts of carpentry and joining as his profession; a common practice during colonial times in America. He married Clarissa Ward and had nine children. One of whom was Narcissa.

Narcissa was born on March 14, 1808 in Prattsburg, Steuben County, New York. She grew up to be a Godly, vibrant young lady. People remember her as being a talented singer, a beautiful student, and a willing missionary.

In the next lesson, we will go over her childhood and what sort of life Narcissa would have had during the early 1800’s.

Write your answers on a piece of paper.  When you’ve completed the quiz check the answers at the bottom of the page under the Answers tab.

1. Henry Prentice was given what nickname?

(c) He had no nickname

3. Who was a signer of the Declaration of Independence and a decendent of Mary Prentice?

6. Which professions did Narcissa’s father learn during the colonial times?

(a) Blacksmithing and Farming

7. Narcissa was born into what part of New York?

Find and draw a map of the Massachusetts Bay Colony.